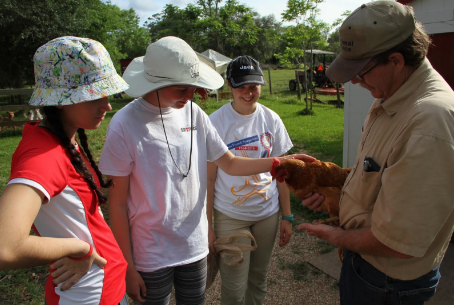 Is it okay to kill animals for food? Founded in 2016 by Divya Jain (‘17), Vegetarian Club aims to answer this question by teaching people about healthy living and animal cruelty. Juniors Josephine Dodd and Lincoln Dow co-lead the club, while English teacher Brian Beard is the sponsor.

Dodd, who practices veganism, has always loved animals, but did not begin to explore veganism until the summer after eighth grade. Dodd first tried being a vegetarian at sleepaway camp because her mom would not let her try it at home.

“It didn’t make sense for me to be saying that I was against animal cruelty, but not following through with that,” Dodd said.

Although not everyone in the club actively practices vegetarianism, veganism or pescetarianism, the Vegetarian Club has about 40 members this year.

“You don’t have to be a vegetarian to come [to the meetings],” Dodd said. “A ton of my friends come, and they find it super interesting.”

Sophomore Allison Biegel does not practice vegetarianism, but she still enjoys learning about leading a healthy lifestyle and stopping animal cruelty.

“Even though I eat meat, I also love animals and vegetables, so the club seemed like a great place for me,” Biegel said.

In addition to watching a nutrition documentary and hosting an all-vegetarian potluck, the club planned a weekend day-trip to Austin on Jan. 4 to explore the city that Dodd calls “the vegan capital of Texas.” Seven members took a bus to Austin with Beard to visit vegan restaurants such as Beer Plant, Conscious Cravings, and Sweet Ritual for dessert. Last year, the club toured Rowdy Girl Farm Sanctuary in Angleton, Texas. Rowdy Girl is the first beef cattle ranch to convert to veganism in the history of the United States .

“A lot of people are afraid of vegetarianism, but it’s just really a cool, interesting topic to learn about,” Dodd said.