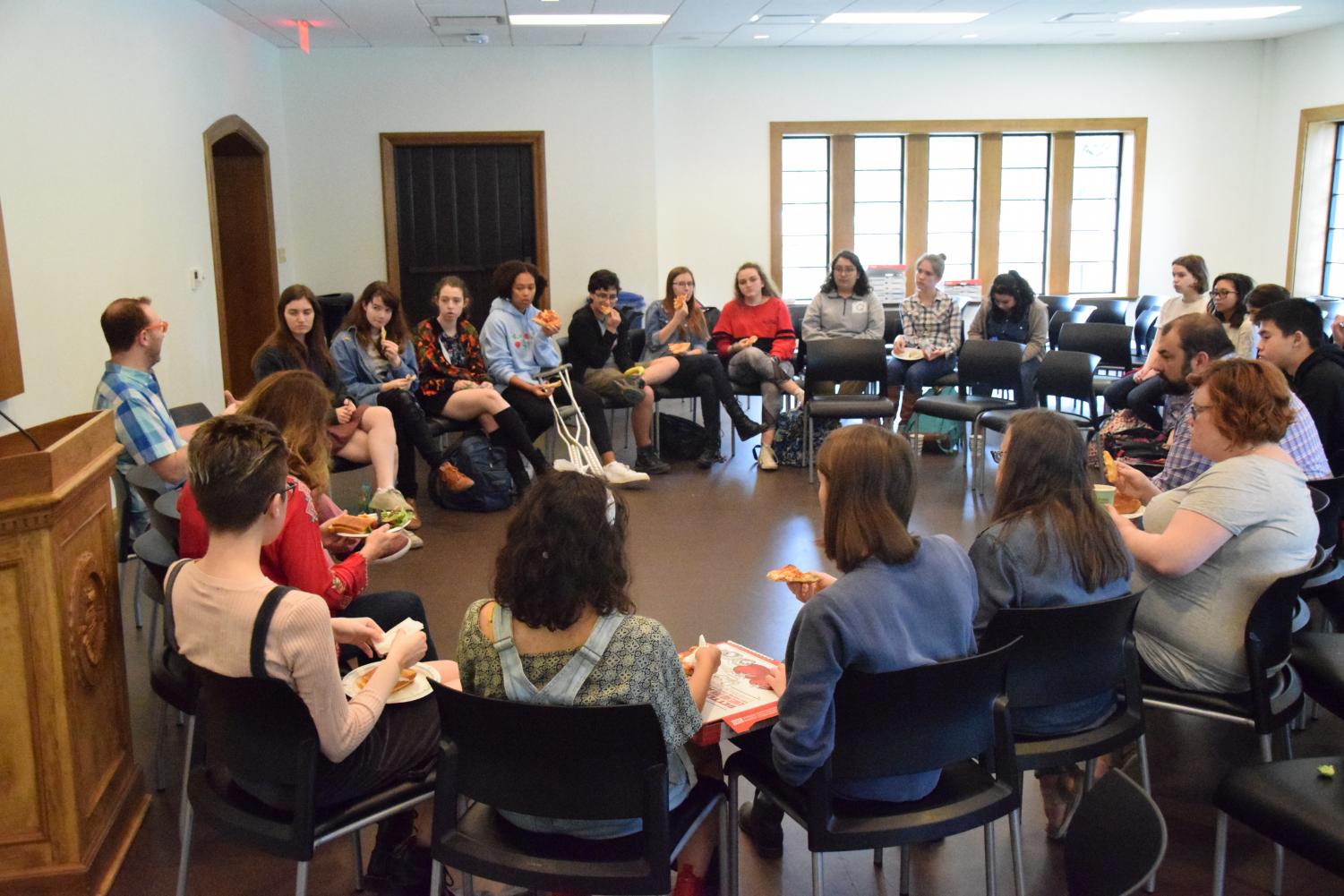 Dr. A. Jordan Wright (’97) speaks with PRISM members and sponsors. (Benny He)

Dr. A. Jordan Wright (’97) speaks with PRISM members and sponsors.

Between having to kneel during the Lord’s Prayer and the frequent, casual use of homophobic slurs, Dr. A. Jordan Wright (‘97) was never fully comfortable during his time at St. John’s.

“I was Jewish and gay, and we didn’t have affinity groups back then,” Wright said. “The community was not one that embraced different identities and different cultures.”

Wright met Director of Community and Inclusion Gene Batiste at a St. John’s alumni event in New York last fall. Batiste realized Wright’s background, as well as his research into microaggressions and LGBTQI psychology, made him a good fit to talk about issues of diversity. Batiste invited Wright back to St. John’s to speak with students and faculty.

“Dr. Wright does a lot of research and advocacy for affinity groups, and that brought a lot of authenticity to what we’re striving to do here,” Batiste said. “His message of the importance of affinity groups for underrepresented students, parents and faculty will go a long way in furthering what the school is trying to accomplish.”

Wright first spoke with faculty during an in-service day on Feb. 16 about his background and research into microaggressions and their impact on people’s senses of identity. First grade teacher Judy Castello, who taught Wright, was particularly pleased to see her former student on campus again.

“I was so gratified to know that my former student had gone on to do such incredible things,” Castello said. “It was a real highlight of my teaching to see someone that I remembered so well, that I cared so much about, to come back and be successful and doing what he wants to do.”

It was a real highlight of my teaching to see someone that I remembered so well, that I cared so much about, to come back and be successful and doing what he wants to do.”

On Feb. 21, Wright attended a meeting with affinity group leaders, where he answered questions from student leaders and faculty sponsors. According to Wright, the biggest problems faced by affinity groups are pushback from the community and a lack of a mission.

“Too many communities don’t understand why there’s a need for affinity groups, or they assume it’s some form of self-segregation,” Wright said. “Affinity groups should be a place for people of certain groups to share and learn from one another’s experiences.”

Junior Maggie Allegar, a member of the Mixed Racial Affinity Group, finds that it is sometimes difficult to unify the group’s members due to their varied backgrounds. She said that Wright’s advice to find a place where MRAG members could “unite in their differences” was very helpful, and that MRAG will discuss ways to implement this strategy in the future.

Wright also discussed his work with public and private elementary, middle and high schools, where he implemented affinity groups and changed the curriculum to be more inclusive of different cultures. Junior Warda Mohamed, the African-American Affinity Group representative for Unity Council, hopes to implement this strategy by reaching out to African-American students in middle school.

Wright spoke with PRISM during lunch on Feb. 23. He discussed some of his struggles as a gay student, then spoke about sustaining and expanding the club in future years. Wright used most of the meeting time to answer questions.

“My aim was not to push my own agenda, but to answer the questions the students had about their own sexual orientation or identity,” Wright said.

Wright was a St. John’s “lifer,” attending from kindergarten through 12th grade. Although Wright was not openly gay in high school, he described himself as “uncomfortable” with the school’s culture and attitude towards religion and sexuality at the time.

“I was never openly discriminated against,” Wright said. “It was more that the culture was not one where it was okay to be gay, or even to be Jewish.”

I was never openly discriminated against; it was more that the culture was not one where it was okay to be gay, or even to be Jewish.”

Due to the discomfort he experienced at the school, Wright wanted to “get away” for college and attended Boston University, where he studied psychology. He later earned his doctorate in Clinical Psychology from Columbia University.

Wright is now a Clinical Assistant Professor of Counseling Psychology at the New York University Steinhardt School of Culture, Education and Human Development. He has devoted his scholarship to LGBTQI psychology and psychological assessment. Wright attributes his interest in psychology to his experiences in high school and college.

“I had a rough transition into college, when I did a lot of the identity work that I should’ve done in high school,” Wright said. “Coming to terms with my religion and sexuality is what sparked my interest in psychology. The ‘otherness’ I felt as a result of being Jewish and gay is why I do research into microaggressions and how they can impact an individual’s sense of identity.”

Both students and faculty hope Wright’s meetings will help emphasize the importance of affinity groups at the school and promote a culture of diversity.

“We’re moving in a great direction by having Dr. Wright here for these meetings,” Mohamed said. “The activity of affinity groups this year is really high, and it’s helped that agenda of inclusivity that the school wants to promote.”

Despite the tough time he had at St. John’s, Wright praised the school’s recent efforts to promote tolerance within the community. Wright hopes that by sharing his experiences, he can help build this more tolerant atmosphere.

View Comments (10)
About the Contributors 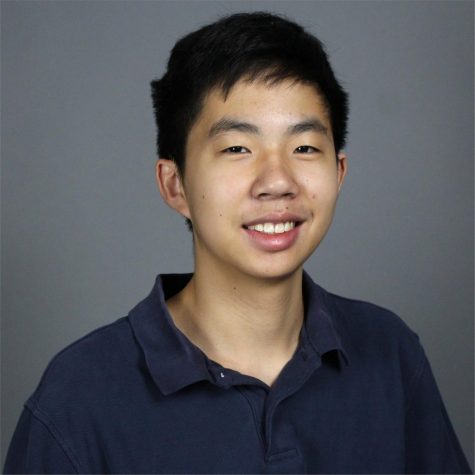 Ryan Chang is a senior, and this is his fourth year on The Review. While he isn't managing the website, he enjoys listening to music, watching comic book... 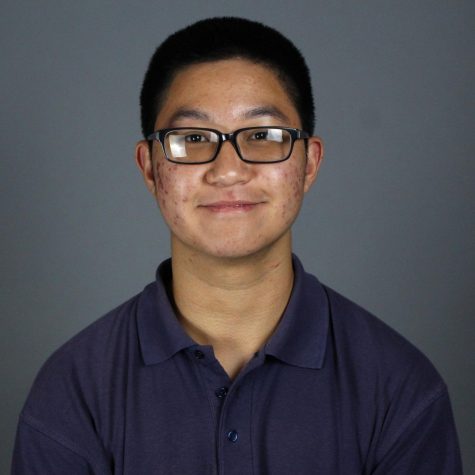 Benny is a senior, and this is his first year on The Review. In addition to being volleyball captain and photo editor for the Quadrangle, he also enjoys...