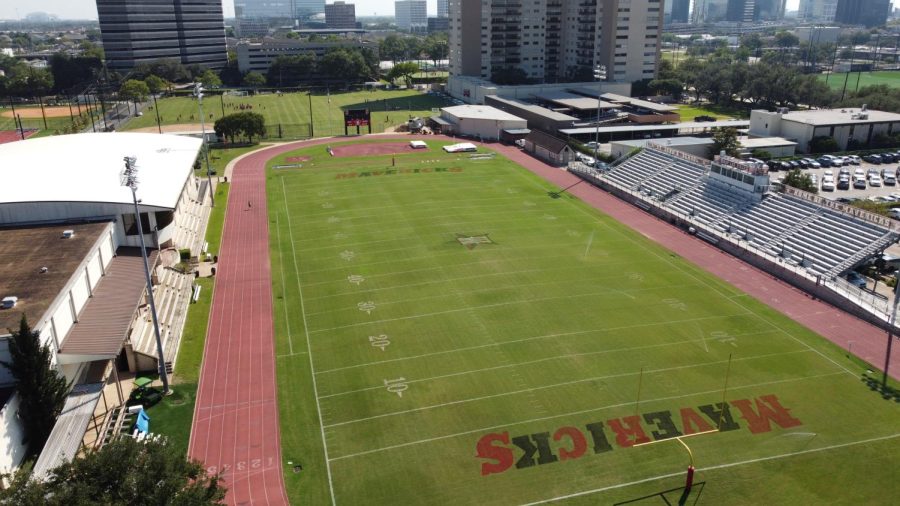 “The preseason gives us a chance to bring the new kids into the program, allow them to meet people and then make sure that we’re in shape and ready to go,” said Kevin Veltri, head coach of the football program.

Every summer before the start of the school year, each fall sport meets to train for the upcoming season. Freshmen Nathan Kim and Pierce Downey give a brief recap of what each sport did for their preseason training last summer, including football, field hockey, boys’ cross country, girls’ cross country, boys’ volleyball and girls’ volleyball.

Sweat dripping down their faces, the summer heat beat down on the backs of the red, black and white clad players.

“The preseason gives us a chance to bring the new kids into the program, allow them to meet people and then make sure that we’re in shape and ready to go,” said Kevin Veltri, head coach of the football program.

Currently, Veltri looks forward to seeing how players new to varsity step up to their new responsibilities.

“We’re asking them to take on quite a big role,” Veltri said.

Compared to last year, Veltri notices differences in the team, especially with the change in quarterbacks from John Perdue (‘22) to current junior Stephen Gill.

“It’s a different team than last year offensively. With John Perdue as the quarterback, we were a little bit more run, heavy type stuff, ball control, clock control. Now with Stephen coming in and then a new crop of receivers as well, we’re a little bit more uptempo, throwing the ball around the yard.”

And this change hasn’t stopped the football team. Following their back-to-back victories against Houston Christian and Fort Bend Christian, the football team claimed their wins with a score of 48-14 and 34-28 respectively.

To Veltri, more than all, one of the team’s main goals coming out of the preseason was learning from their first couple of games of the season.

“The only thing that matters to us is how we execute and whether we learn from those couple games,” Veltri said. “As long as we’re playing in the [SPC] game in November, that’s all that really matters.”

For a week and a half, nearly 55 faces gathered underneath the hot summer sun with one goal in mind: winning. Rebecca ‘Becky’ Elliot, the head coach of the field hockey team at St. Johns, knows the importance of preseason training.

“Preseason training is important because it gets the team back into the mode and mindset of hockey. Even though many of the girls have done a lot of hockey over the summer, some haven’t, so it helps them get back into it,” Elliot said. “We also had ten new St. John’s students, so they were able to meet before school started and got to know people before they even jumped into the academic aspect. Being able to practice without the players worrying about their academics is nice.”

For their preseason training, the field hockey players completed intense exercises every day for the week and a half leading up to the season.

While difficult, the players’ training practices were structured in a simple manner.

“We would start with stretching that was typically led by the captains. We would then next do individual skill work and partner skill work. We then would move into smaller-sided games: keep away, 3v2s, 2v1s, 1v1s, and later transition into bigger stuff. Fitness is always mixed in there.”

In the long run, Elliot thinks that this extra work will pay off.

“This team is very strong. We have a deep roster with a lot of skills. Many of them have been playing for a long time, so I’m excited about them.”

Ultimately, Elliot expects the team to perform even better than they did last year.

“Last year, we got second in the South Zone and second in the conference, but we just want to do better,” Elliot said. “I absolutely believe we have the potential to win it all.”

After grueling hours spent amongst the high altitude and heat in Flagstaff, Arizona during a retreat, the boys’ cross country team felt more than ready for the season ahead. Despite losing Emmanuel Sgouros (‘22), the individual SPC champion, after he graduated last year, Mercado still firmly believes in the ability of the team.

“We have a group that’s really worked hard together,” Mercado said. “The team is looking really good.”

To Mercado, summer preparation is vital for performing well at meets.

“If they do run during the summer, they’re in great shape at the beginning of August,” Mercado said. “If they don’t have it, well, they spend the first half of the season trying to get in shape instead of training for races ahead.”

While most sports teams prioritize winning as their main goal, Mercado, however, believes in a different approach.

“I think that if we run really well and stay healthy, then we have a really good chance of winning SPC. But [SPC’s] always the secondary goal,” Mercado said. “We’ll run well and win, or we’ll run well and get second. If every runner does their best to prepare, train and race, then the whole team does well.”

“This year we chose to go to Seattle. We stayed at the University of Washington, and it was awesome,” said Rachel Fabre, girls’ cross country coach. “We don’t always stay at colleges, but if it works out with where we’re going, we’ll either visit the college or stay at the college.”

Besides players getting to discover a new city, the trip had other benefits too: the runners got to bond with their teammates, run in a unique environment and receive valuable feedback from their coaches.

Long before the trip, though, the runners had already been preparing for the fall season that summer.

“For the early parts of the summer, our primary goal was to build a foundation for our runners,” Fabre said. “We tried to get some speedwork in, but we aimed to focus on building a strong base. Once the retreat hit, we started trying to mimic what we were going to do when school started so that when school started it wasn’t a huge change.”

While one of Fabre’s goals for the season is to win SPC, her main hope is that every runner will be better than they were at the start of the season.

“[I want] every individual runner to feel their own level of success, whatever it may be,” Fabre said. “If that happens, then I feel as if it has been a successful season.”

Now that COVID is starting to calm down, the St. John’s boys’ volleyball team was finally able to jump into the 2022 fall season after a proper preseason.

“We were able to do more,” said Charles Hulett, the head coach of boys’ volleyball. “Last year, we had to practice outside a lot and then suddenly go straight into playing against teams on court.”

Hulett appreciated the preseason as it allowed him to bring new and returning players back into the game and to prepare them for the following season.

“The preseason is just trying to get everybody back into the mindset of what we need to accomplish in the upcoming season.”

Perhaps their preseason training paid off: on Sept. 16 and 17, the boys’ team went 2-0 on their Austin Road trip, beating St. Stephen’s and St. Andrew’s Episcopal. The Mavericks then went on to sweep Awty 3-0 on Sept. 20, beating them on their own court.

More than all, Hulett is excited to see the growth and development of his group, watching sophomores and juniors rise to the challenge and hoping to bring them the same love for the sport that he has.

“I always think we really grow a lot, and I know that will happen again.”

Coming out of the preseason, St. John’s girls’ volleyball was already dominating the competition. On Aug. 27 they took the runner-up position at LCISD, going undefeated on their first day over the two-day tournament. On Sept. 3, the team swept the Santa Fe Classic tournament.

Holding one SPC championship under her belt and finishing no less than third each year, Shelbi Irvin, the girls’ volleyball head coach, has set her sights on another contention for an SPC championship. Irvin has high hopes for this group, made up of seniors down to freshmen and 10 returners.

The preseason training started on Aug. 1, and over a two-week period, the group of 48 met twice a day, each practice building and binding a better team. Irvin loves the shift between the preseason and the season, seeing everything they work on flourish on the court.

“I think it’s a good experience for them to go through with their friends to really, really understand the culture and the standard that we’re trying to set within our program,” Irvin said. ”And so, the preseason translates really well because we get to see all of those things come to fruition when we start to play.”

Overall, Irvin is extremely confident in the strength of her new team.

“I really believe that if you do things the right way, the good things will happen. And this group is going about everything the right way.” 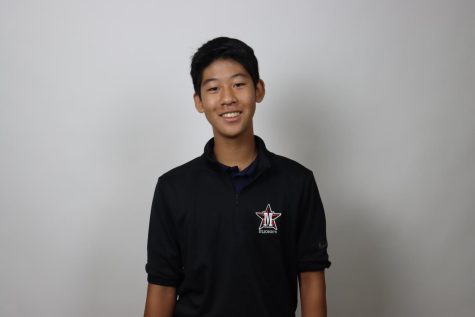 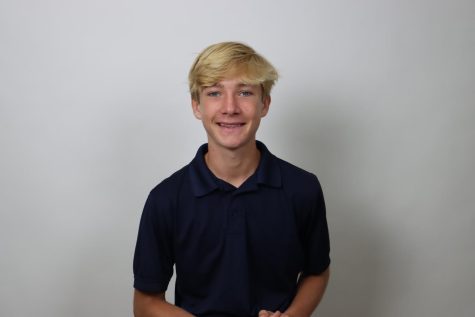 Pierce Downey ('26) joined The Review in 2022 as a freshman. His favorite TV show is "The Office," and his favorite food is pasta. 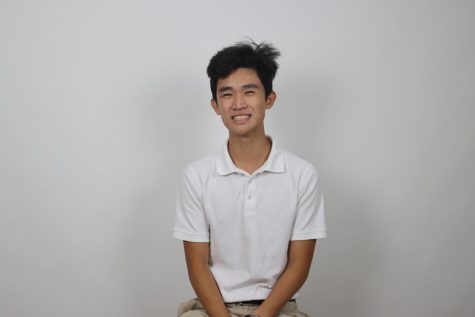 James Li ('23) joined The Review in 2020 as a sophomore. He enjoys biking around Houston and is known for having too many window stickers on his car.