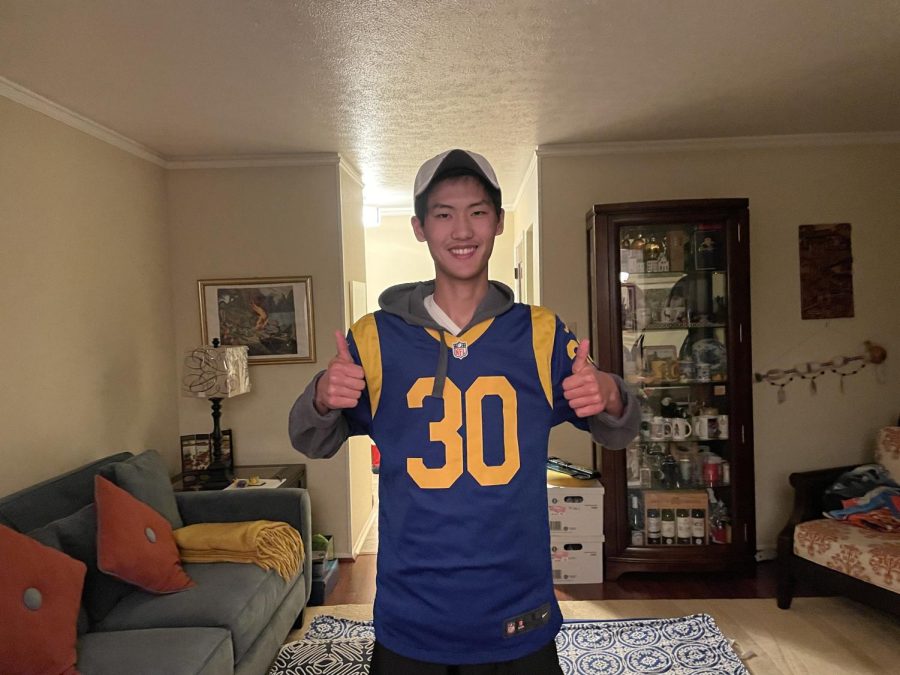 Sophomore Richard Liang will be rooting for the Rams on Super Bowl Sunday.

Who you should root for in Super Bowl LVI

On Feb. 13, the Los Angeles Rams and Cincinnati Bengals will face off in Super Bowl LVI. During their journey to the Super Bowl, the Rams narrowly defeated Tom Brady and the Tampa Bay Buccaneers in Brady’s last NFL game (hopefully) and came back from a 10-point deficit in the NFC Championship against the San Francisco 49ers. Cincinnati’s run broke betting odds too—they defeated the first-seeded Tennessee Titans and the explosive Kansas City Chiefs in stunning fashion.

Many St. John’s students and faculty are struggling to decide on which team to root for in the impending Super Bowl matchup. Both NFL teams in Texas, the Cowboys and the Texans, failed to reach the big game, and with the eliminations of Brady and Jimmy Garoppolo, no ex-Patriot quarterbacks remain. So which team will you support? Sophomores Richard Liang (Rams) and Arjun Maitra (Bengals) share their takes.

You could watch the game as an unbiased bystander, but where’s the fun in that? As a diehard Rams fan, I suggest you join the bandwagon for one night and enjoy barking at the TV, “Joe Burrow, whose house are you in!?!” Here are three reasons why you should join the Ram tram for Super Bowl LVI:

You may be wondering how Detroit relates to the Super Bowl. Let me explain.

Detroit sports teams have consistently stunk since the 2010s. The Pistons were hovering around .500 for a decade before going into full rebuild mode entering the 2020s. The Detroit Red Wings have gradually fallen from grace since their back-to-back Stanley Cup Finals appearances in ’08 and ’09. The Lions—well, they’re still the good old Lions. Speaking of the Lions, their beloved former quarterback Matthew Stafford now stars as QB for the Rams.

For 11 straight seasons, Stafford carried a garbage organization to mediocrity. He sacrificed his body to scrape victories for the Lions, endearing himself to the city of Detroit. Lions fans loved Stafford when he was a Lion. Many still love him as a Ram.

Detroit sports fans, especially Lions fans, have suffered through countless years of disappointment. A Stafford victory in the Super Bowl would equate to a monumental Lions Super Bowl (which, ahem, they have never had). Let’s rally for Stafford so that the Detroit natives can have something to smile over.

(2) Do it for the Narrative Changers.

There are three notable names on the Rams offense—Cooper Kupp, Odell Beckham Jr. and Cam Akers—all of whom have defied the odds.

Akers’ story is truly amazing. As a rookie, Akers worked his way up the Rams’ running back depth chart and emerged as a star toward the second half of the 2020 NFL season. Everything was pointing to the right direction for Akers until he unexpectedly tore his Achilles tendon this off-season. This type of injury usually offsets a player’s career by two seasons, but Akers worked and rehabbed so diligently that he was able to play again this season.

Similar to Akers, Kupp has dealt with adversity throughout his career. Despite an illustrious high school career, Kupp received zero college offers until his final high school game. He rewrote college record books and was drafted by the Rams in 2017. Entering this season as a nobody, Kupp exploded and ran away with the NFL receiving triple crown (led the league in receiving yards, receiving touchdowns and total receptions). The Rams’ eruptive offense would not be the same without his production.

Odell Beckham Jr.’s career hasn’t been as starry since his infamous catch in his rookie season. His erratic behavior and narcissistic personality came to light amidst physical health struggles, and for the later part of his career, sports media mocked him as a team-killer, crybaby and loser. The narrative seemed to be set for Beckham until the Rams took a risk and signed him, giving him a second chance. The Rams have reaped the profits, as Beckham has since blossomed in a lessened role.

Few believed that Cam Akers, Cooper Kupp and Odell Beckham Jr. would make it to where they are currently, but all of these players have flipped the script. Their stories are worth immortalizing, and winning a Super Bowl couldn’t be a better ending.

The Bengals’ budding stars are still in the early stages of their careers and will accrue many more illustrious seasons. It’s a different story with the Rams.

2022 Walter Payton Man of the Year and two-time first-team All-Pro left tackle Andrew Whitworth is in his forties. Six-time Pro Bowler Eric Weddle is 37 and retiring after this season. Future Hall of Famers and generational defensive talents Aaron Donald and Von Miller are in their thirties. Heck, even Cooper Kupp and Odell Beckham Jr. are flirting with 30. These players won’t have much gas left in the tank after this season. For most of them, Super Bowl LVI may be their last shot at winning a ring. Let these aging legends leave the game they love so dearly with a last hurrah. 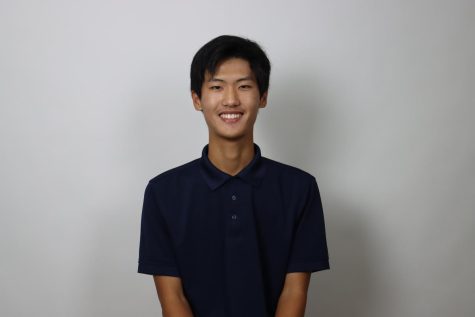 As much as it hurts to say this, I—a Baltimore Ravens fan—want the Cincinnati Bengals, their divisional rival, to win this year’s Super Bowl. As the Bengals suit up for this Sunday’s contest, I suggest you also join the bandwagon and chant, “Who Dey, Who Dey, Who Dey think gonna beat the Bengals!” Here are three reasons why you should join the tiger tailgate for Super Bowl LVI:

The Bengals’ road to Super Bowl LVI is a classic Cinderella story. To understand how unlikely their run was, we need to rewind.

In the Bengals’ 55-year existence, the team has never won the championship. The last time they went to the big game was in 1988. Up until this season, the Bengals had failed to win a playoff game for 31 years. At the start of this season, many sports analysts projected the Bengals to be at the bottom of the barrel in the NFL because of their atrocious 4-11-1 record in 2020.

Despite the odds, the Bengals won the AFC North this year and made the postseason for the first time since 2015.

During the playoffs, the Bengals were a wildcard entry. As the underdogs, they stunned two AFC juggernauts—the Titans and the Chiefs.

For a run nobody could have foreseen, it would be fitting for the underdog to end up as the top dog.

Overcoming adversity is a theme of Joe Burrow’s entire career. Burrow’s road to greatness started at Ohio State, but he never got a shot to star as the starting quarterback. After redshirting his first three seasons, Burrow made a career-changing decision to transfer to LSU in 2018. Betting on himself paid off. As an LSU Tiger in 2019, he had the greatest season in college football history, leading them to a national championship. The Bengals promptly drafted him first overall.

In his NFL rookie season, Burrow showed flashes of brilliance but was sidelined by a heartbreaking ACL injury midseason. This year, he has not only rebounded but also led his team out of the trenches.

After facing years of doubt, Burrow’s toughness has carried him to this moment. It’s time that he gets rewarded.

(3) Do it for the Hungry Youngsters.

In addition to Burrow, the current Bengals offense features a plethora of explosive but underappreciated talent.

Elite wide receivers Ja’marr Chase and Tee Higgins have decimated other teams in the league (including my Ravens) with their dazzling catches. Chase and Higgins’ chemistry with Burrow has been the steel backbone of Cincinnati’s offensive success.

Premier running back Joe Mixon tore up defenses through the ground and air this year. As an all-around workhorse, Mixon has tallied over 1,500 scrimmage yards and stands third among running backs in total rushing yards. Mixon has been a critical asset in the red zone and a stabilizing rush presence for the Bengals.

And let’s not forget about kicker Evan McPherson. Sure, he’s a kicker, but the Florida native exudes swagger. His cool demeanor resulted in consecutive game-winning field goals in the AFC Divisional and Championship rounds, and his 12 playoff field goals tie the record for the most ever in a season.

Every time the Bengals offense takes the field, you can expect a firework show from these youngsters. The Bengals’ high-flying offensive weapons paired with stout defense have carried them to new heights. They’ve managed to stay hot throughout the playoffs due to the entire roster’s thirst to succeed.

Few believed in this young Bengals squad, but the team never doubted themselves.

This Sunday, the Bengals will face their biggest challenge of the season in the Rams. So far, they are trumping the typical NFL narrative that playoff experience matters. If there is one group that can shatter it, it’s these young superstars. 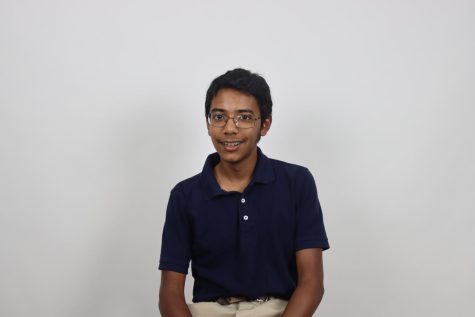 Arjun Maitra ('24) joined The Review in 2020 as a freshman. He likes "Seinfeld" and the Baltimore Ravens and enjoys a taco anytime, especially during NFL...