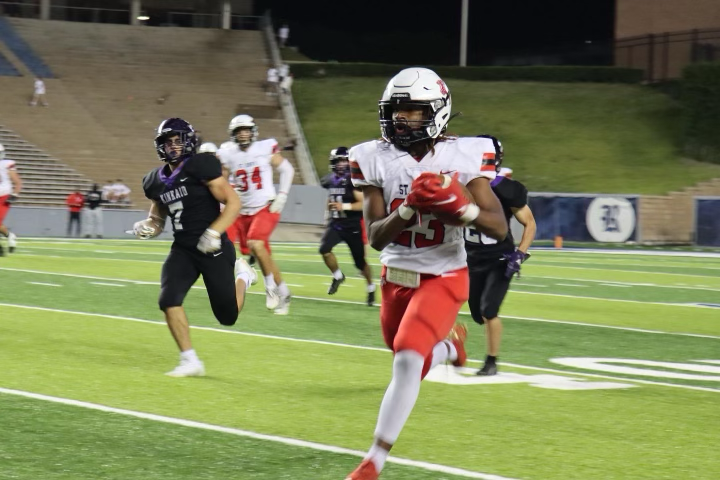 Football finished the season in third place with an overall record of 7-2. Though the Mavericks lost in the semifinals against Kinkaid 34-24, they beat Episcopal, a feat unaccomplished since 2011.

“We win games by being a closed group and just top-to-bottom being the better team on the field,” said captain John Perdue, who recommends that the team continue this year’s training habits. “That doesn’t come from who we have or don’t have. It comes from getting 50 people to a morning workout over the summer.”

Captain Stefan Gustafson shared some parting words of advice: “Never let it get too big, know that you’re a good team and always believe in yourself.”

Lexi is a junior in her second year on The Review. She loves watching sunsets and practicing calligraphy.