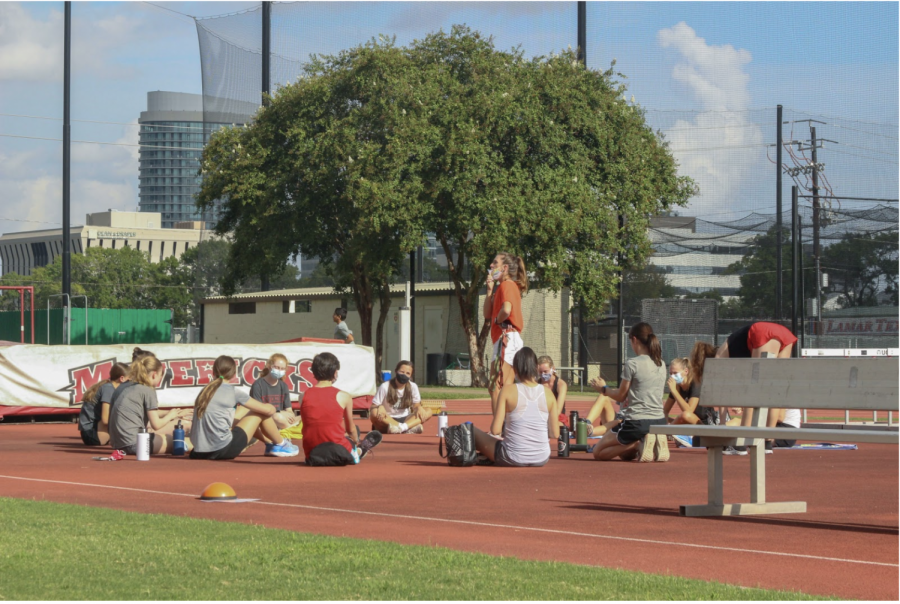 Despite the official cancellation of all SPC-affiliated meets, the boys’ and girls’ cross-country teams have continued to practice.

According to boys’ captain Pierce Ederle, the team warms up and works out in smaller groups to maintain social distancing but still accomplishes as much as it would in regular practices. Runners wear masks at all times except when running.

Ederle was disappointed when the team’s annual retreat was canceled.

“The retreat is a great opportunity to bond with the team, especially for the freshmen so that they get to know everyone,” Ederle said. “With the loss of the retreat this year, it’s been harder to build team camaraderie and morale.”

Boys’ captain Josh Schwartz maintains a simple and optimistic attitude towards the rest of the season.

“I’m disappointed that SPC was canceled, but I understand why, so it’s hard to be angry at something that I knew was going to happen,” Schwartz said. “I just hope to run fast, whenever possible.”

On Sept. 26, the team held a three-mile time trial at Hermann Park. The team still plans to hold smaller, unofficial meets with other schools in the Houston area.

“We might not have a big championship meet, but we will still have something where we can at least compete,” sophomore Konnor Allen said.