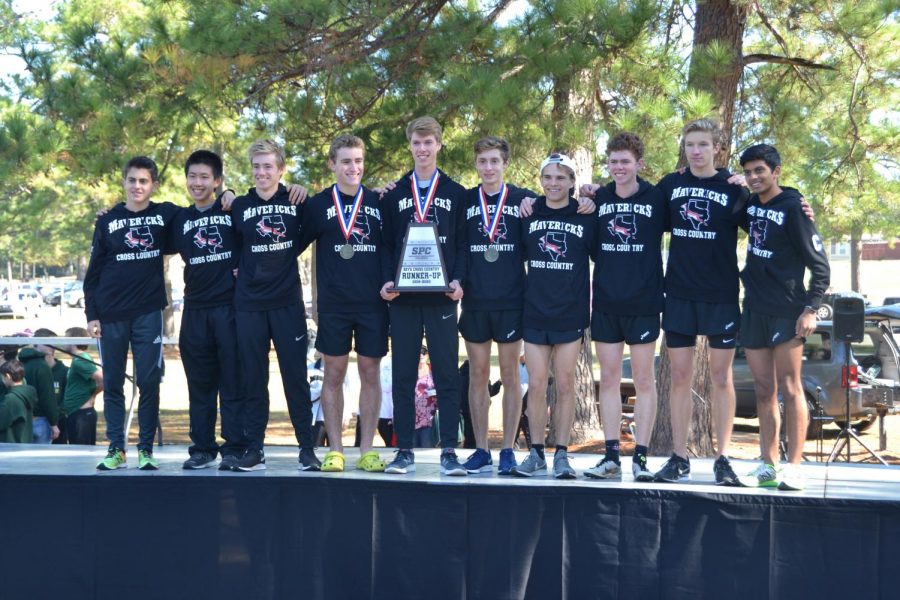 Immediately after finishing fourth at SPC in 2018, Thames and other then-juniors of the cross country team launched into planning a strategy for the following year, determined to get back on the podium. In the previous four years, the team had taken home three championships and finished second once.

Last summer, the team captains led their top runners in increasing both the depth and breadth of their training. Several members of the team doubled their weekly mileage from the previous season. These efforts paid off when each runner in the Mavs’ top 16 set personal bests by at least 30 seconds, contributing towards their second place SPC finish.

This season, the team emphasized pack running, a strategy in which Mavericks stuck together during races. According to Thames, this strategy helped the Mavericks drop competition, a term referring to passing the opposing runners. Sgouros and Thames, finishing within a second of each other, effectively used this strategy against runners who had finished before them in previous races.

Head coach Richie Mercado capped off the season at the team banquet, reminding the team that preparation for the next season did not start next August, but instead, began the day after SPC. With Sgouros, Schwartz and junior Pierce Ederle returning as captains, the team seeks to take back the championship from St. Mark’s.

During the winter offseason, the team plans to simulate race-day difficulties in a destressing fashion by holding events such as the Milk Mile Competition on Dec. 13, where runners drink four glasses of chocolate milk while running a mile, one before each lap around the track. Participants must fight the urge to vomit as spectators cheer them on.