Courtney’s fears about her health are well-founded. According to the Centers for Disease Control’s extensive report on vaping, as of December, 48 people have died from vaping and over 2,000 people have been hospitalized for vaping-related sickness. The CDC refers to such vaping illnesses as EVALI, short for “E-cigarette, or Vaping Product Use Associated Lung Injury.”

As a pediatric radiologist and Medical Director at St. John’s, Scott Dorfman has seen several cases of vaping-related lung damage. He said that the total number of young people suffering from vaping illness may be much higher than reported.

Symptoms of EVALI appears similar to pneumonia since both conditions present abnormal chest x-rays as well as a cough and a fever. There is no single test that allows doctors to distinguish one condition from the other, making it more complicated to diagnose.

“There are many people who probably have this vaping-related disease who are not being diagnosed that way,” Dorfman said.

As vaping deaths increase drastically, schools have taken a more stringent stance against electronic cigarettes, including Texas A&M University, which banned vaping on “every inch” of their campus in 2019.

Teresa, a 23-year-old who attended Texas A&M for two years, now takes classes at the University of Houston. She bought her first Juul while at A&M and still uses it at UH. She is not concerned about any repercussions because the university policy that bans e-cigarettes is seldom taken seriously.

“People still do it on campus,” Teresa said. “You wouldn’t get kicked out for it.” 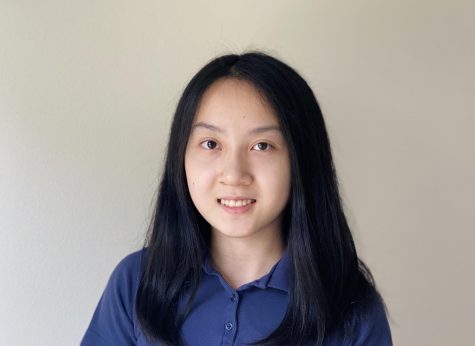 Alice is a sophomore in her second year on Review. She loves to bake and enjoys sculpting miniature clay animals.