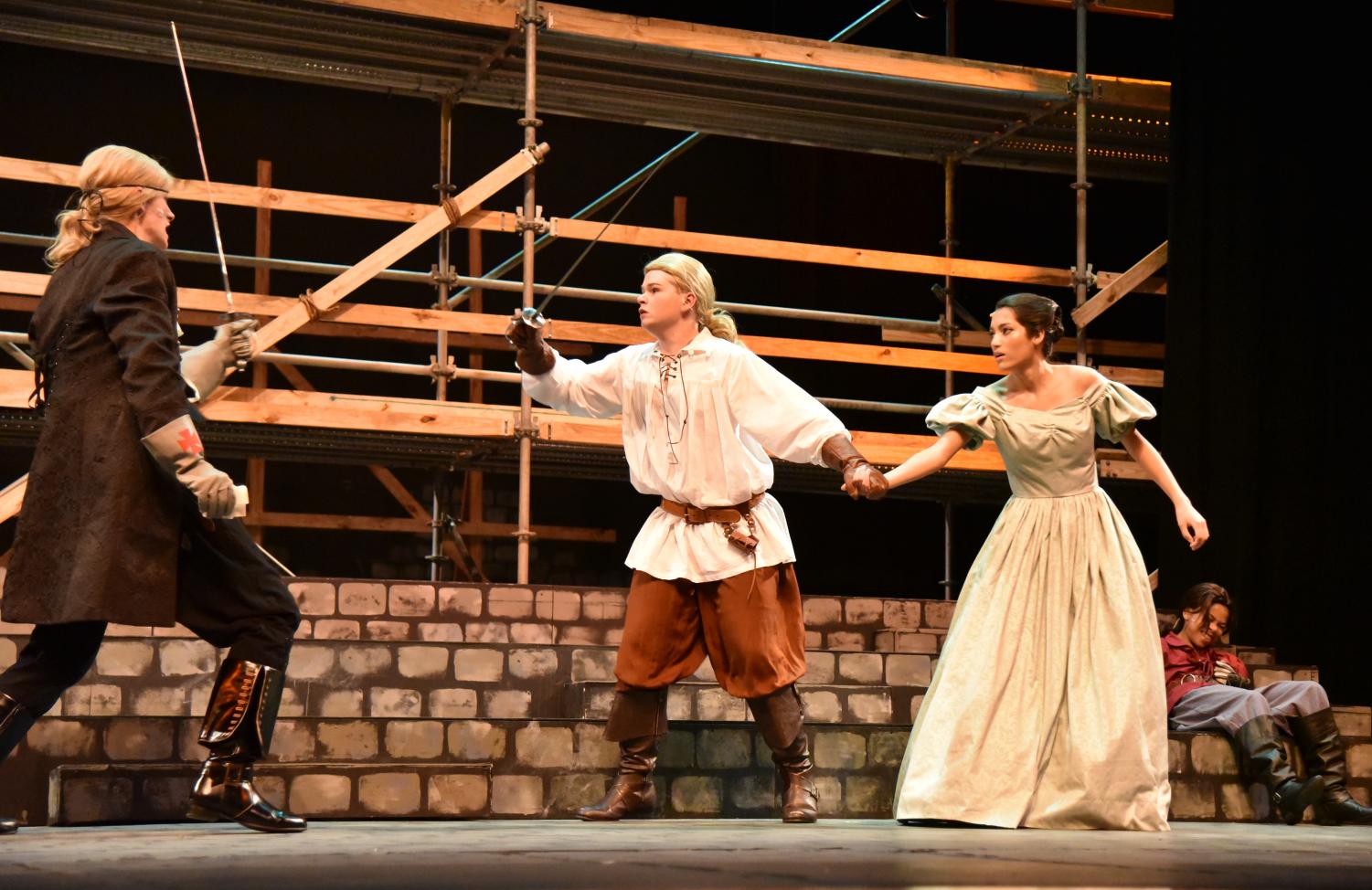 Thirty minutes after the SJS-Episcopal football game kicked off on Friday, Oct. 4, the VST lights dimmed and the curtains opened for the fall play, The Three Musketeers.

Although the rivalry game is considered one of the most important of the year, second only to the Kinkaid game, 21 members of the cast and crew found themselves unable to attend.

“Several of us joked about potentially skipping the play to watch our friends play in the game,” junior Meridian Monthy said.

In the play, Monthy portrayed the antagonist Milady, and although her remarks were facetious in nature, the idea of missing the Episcopal game didn’t go over well with some cast members.

The timing of the game and the play forced students to make a choice.

Johnnycake officers put up posters around campus and announcements were featured on the weekly infographic.

Around 250 people attended the play on Oct. 4 and 5, filling the middle section in the theater. Although the attendance wasn’t stellar, it did surpass the total from the 2018 production of Bus Stop but lagged behind 2017’s She Kills Monsters.

“In the general scheme of things, 250 seems like a large number, but many of the spectators were close friends and family members,” Monthy said. “Because of the conflict with the game, only a handful of people attended the play solely because it seemed interesting.”

Although the play attracted a significantly smaller crowd than the game, both athletes and actors were similarly enthusiastic about the production.

When he auditioned in August, junior Henry Miller, who portrayed Count Rochefort, did not realize the performance would conflict with the Episcopal game. Had Miller attended the game, he would have witnessed a 52-7 defeat, which was made even more miserable by a 30-minute storm delay in the first quarter.

After the show, when Miller learned of the final score, he was glad he participated in the play.

“The overall experience helped me appreciate the theater department,” Miller said. “The people I worked with were amazing, and I made a lot of new friends.”

The theater department puts in a lot of effort into the work, just like every sports team.”

Junior quarterback George Caldwell, who enjoys attending SJS theater productions, regrets that the two events fell on the same day and wished that the conflict had not impacted any students who wanted to attend both events.

“The theater department puts in a lot of effort into the work, just like every sports team,” Caldwell said.

Although he wanted to attend The Three Musketeers, Caldwell was busy trying to move the ball down the field against Episcopal.

Before the game, the Mavericks knew they were in for a tough battle. Early in the scoreless contest, the Knights had just converted a fourth down. Twenty-eight minutes later, the Mavs found themselves trailing 31-0.

In the last two minutes of the first half, Caldwell connected with senior wideout Lucas Desjardins for a 35-yard touchdown to put the Mavericks on the board. It would be their first and only trip to the end zone.

“We knew we had to make something happen,” sophomore guard Duncan McLaren said. “When George managed to get the ball to Lucas right before getting hit, a fire that raged inside us since we beat Concordia Lutheran flared up.”

If the Mavs want an opportunity to avenge the loss before next season, they will have to run the table, make the playoffs, and face Episcopal again in the SPC championship.

“We learned that we’re not the big dog in SPC,” McLaren said. “Even at 45-7 in the last quarter, we never stopped fighting. The crowd kept us going and stopped us from giving up.”

According to Caldwell, a key factor of the team’s past two wins has been a change in mentality after the Episcopal game.

“You have to play every week like you’re trying to get to the championship, and you can never underestimate an opponent,” Caldwell said. “You just have to go out and do your job.”

In the team’s most recent game, they won 41-28 at home against Episcopal Dallas on Oct. 25. Only Kinkaid lies between the Mavericks and the SPC championship game. 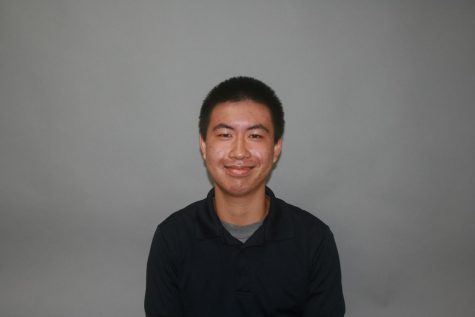 Russell is a senior in his fourth year on Review. He's a milk tea fanatic, and whenever he's not writing or editing, he most enjoys running, eating, sleeping,...