Plastic bags, couches, bottles, remnants of belongings and other pieces of trash pile up, covering miles of grass and greenery. More than 3,000 of these massive landfills in the U.S. release toxins that contribute to pollution and have negative effects on human health.

For biology teacher Paula Angus, these landfills present a big problem that she feels passionate about solving. Having witnessed mountains of trash found in a landfill, Angus frequently asks students who carelessly dispose of Starbucks or cafe cups, “What landfill are you hoping that ends up in?”

Both Angus and fellow biology teacher Graham Hegeman stress the importance of creating a better, cleaner environment for current and future generations to ensure that life can continue to thrive on Earth.

Although Angus gives the School credit for its recent changes to protect the environment, such as placing paper straws in the cafeteria, she said that she would give St. John’s a D on its overall environmentalism. Both Angus and Hegeman would like to see St. John’s take further steps to improve environmentalism culture on and off campus.

“I would say there are aspects of the environmental worldview culture at St. John’s,” Hegeman said. “Other than that, most students are vaguely aware that there should be a better and more robust environmental practice at the school, but we currently don’t really fall close to environmentalism.”

According to Angus, many students do not think beyond the trash can; when they put something in the trash, that is their last thought. Although students place plastic items into recycling bins, these bottles and utensils are often not actually being recycled, with many such items ending up in landfills instead.

With regard to health, Angus noted that there are findings proving that microplastics in plastic bottles have harmful effects on the body.

“We need to look at the health risks associated with using plastics — that might get more attention than just saying, ‘don’t buy plastic,’” Angus said. “We usually have to have an understanding and reasoning behind what we’re doing in order to have positive actions.”

One of the reasons that Hegeman became a teacher was to teach future generations about the importance of protecting the environment. He believes that many students are unaware of how interconnected humans are with the environment; the environment does not simply include national parks and everything outside of one’s house.

“Our school and where we live is part of the environment,” Hegeman said. “We are still in it now; we never left.”

“If we do want to be a green school, there are hundreds of small fixes that need to happen, and the first thing they need to do is implement some organizational structure to make that occur,” Hegeman said. “We need to decide we want to do that and then figure out exactly how.”

Angus believes that identifying as a green school could also elevate the level of community at St. John’s. She suggests starting by holding an assembly to share information and urge students and teachers to be more eco-friendly.

Individually, there are many simple yet effective actions students can practice to protect the environment. At school, students can use reusable plates from the Great Hall instead of disposable paper plates, eat more sustainably by limiting meat consumption, choose chicken over beef, and try not to waste food. Students should also carpool with friends or walk to places when possible.

“Keep it in your consciousness and think about how actions affect the environment,” Hegeman said. “All these are little things that all add up.” 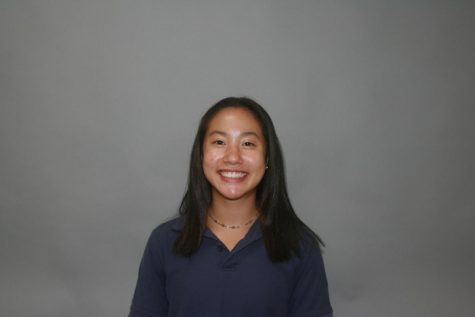 Megan is a senior in her fourth year on The Review. She loves playing field hockey and soccer, and she loves baking chocolate chip banana bread.

Ashley is a senior in her fourth year on The Review. She enjoys playing golf, baking and, to be honest, does not remember the sleep assembly.