Everybody hates “call time,” including the man making the calls, congressional candidate Todd Litton. But in the midst of a heated political campaign, calling potential donors is a necessary evil.

In the era of increased student activism, young Americans have become more politically aware. Generation Z, those born from 1996-2010, is known for political involvement, with many volunteering and interning for local and national campaigns that align with their beliefs.

Pranav Konduri, a junior, is a frequent campaign volunteer who has worked for several politicians outside the Houston area, including Doug Jones’s successful Senate race over Roy Moore and Ralph Northam’s victory as Virginia governor, as well as local candidates including Ben Rose. Most recently, Konduri interned with Beto O’Rourke’s senate campaign for roughly six months.

When most teenagers volunteer on political campaigns, they are involved in reaching out to people by phone or email, encouraging voters by going block walking and conducting demographic research. According to The Atlantic, the best means of increasing voter turnout is by reaching out to a candidate’s core base, regardless of method.

Katie Shelburne, a junior, volunteered for the Litton campaign over the summer as a summer fellow, which combines volunteering and interning.

While they were in medical school, Shelburne’s parents were neighbors with Litton.

“I’ve known Todd all my life,” Shelburne said. “When I found out he was running for Congress, I was stoked, and I wanted to help.”

Katie’s twin sister Meg also volunteered for Litton. She wanted to get involved with local politics and decided that she liked Litton’s policies and ideas, especially his idea of “Common Sense and Common Decency” — or as his website puts it, “there is no challenge we can’t solve by using our heads and our hearts.”

Meg also chose Litton’s campaign because he offered the best opportunities for high school students to get involved. Once her application was accepted, Meg interned with the campaign from May to August.

“Volunteering for a campaign offers a pretty flexible way to get involved in local politics,” Meg said. “I’ve always had an interest in politics and government.”

Margaret Gorman, a senior, decided to get more involved in politics after coming face-to-face with Democratic congressional candidate Lizzie Pannill Fletcher (’93), who spoke at a WHEE forum during last school year. Fletcher was looking for more volunteers, so Gorman began working for the campaign over winter break. Although she had followed past election cycles, Gorman never voted or volunteered because she thought she was too young to do anything.

According to NPR, volunteers of any kind are incredibly helpful in political campaigns, which often do not have the financial means to pay full-time employees. For teenagers, volunteering provides the opportunity for those not yet old enough to vote to get involved in politics.

“It really is a super flexible and interesting way to spend your summer,” Meg Shelburne said. “I got some really valuable insight into the way other people live their lives and how local elections and campaigning works.” 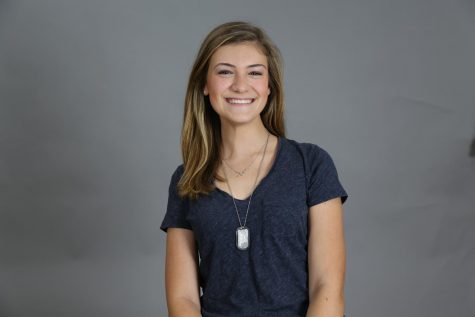 Izzy is a senior, and this is her fourth year on The Review. 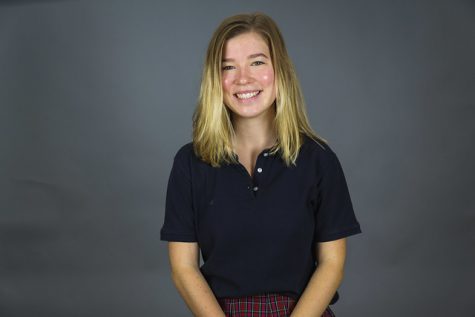 Lily is a senior, and this is her third year on The Review.