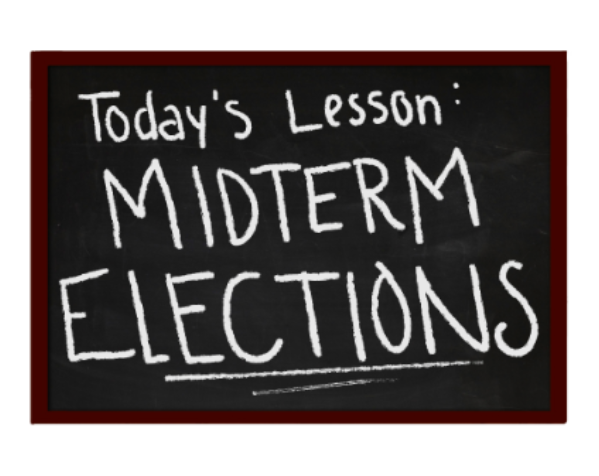 Many teachers, such as U.S. Government and Politics teacher Russell Hardin, incorporate politics into their curriculum. (Illustration by Mia Fares)

Many teachers, such as U.S. Government and Politics teacher Russell Hardin, incorporate politics into their curriculum.

Pod on the Quad is the Review’s podcast that covers happenings around school. Sophia Kontos is the host, editor and producer of the series. The music is by Ben Sound. The logo was designed by Amélie Perrier and Siena Zerr.

Talk of the midterm elections buzzes around campus, but it is not the only election happening.

Students in Russell Hardin’s U.S. Government and Politics class have been participating in a simulated election as part of their curriculum. Two teams in each class campaign for Texas senator and two teams run for primary. The goal of the project is to evaluate how an election impacts the way students perceive candidates.

The Government students began the project mid-September after learning about the constitutional foundation of the United States. Hardin had his students take a political typology quiz that determined each person’s position on the political spectrum, then he divided the students into campaign teams based on those results.

“Students aren’t having to compromise their political ideology for this project,” Hardin said. “They’re allowed to stay in line with what they believe.”

Each team consists of the candidate, a campaign manager and a press secretary. Students are responsible for creating campaign ads, a website and having debates and press conferences for the mock election. The only aspect of a real campaign that is not included in the simulation is finance and fundraising. Hardin even made it an optional component to volunteer for five hours on a real campaign.

“It was fun to go over the issues and what they meant to me,” said senior Harrison Fernelius, a mock candidate for Congress whose campaign team met at a local tea house and prepared for the mock debate.

While running an election was a largely serious endeavor, some of the candidates found humor in political tactics.

“A lot of political debates center around small quips and little jabs, which is one thing a lot of people don’t think about in a debate,” senior congressional candidate Stephen Kim said. “Coming up with very specific policies to answer these questions was incredibly important because I wanted to make sure the people were comforted, but also coming up with little snide remarks on the side was really fun.”

The press secretaries created a poll for the eighth grade Civics students, who are the constituents, as well as moderating the press interviews and debates and making a podcast.  The Middle School students were also given full access to the candidates’ websites, interviews, commercials and debates.

Since the class is no longer being taught as an AP course this year, Hardin has the freedom to spend more time talking about current events. One day last month the class spent the period watching Brett Kavanaugh’s Senate hearing.

Because the majority of his students tend to be more liberal, Hardin’s challenge is to ensure that more conservative students do not get drowned out or devalued. He says that both the conservative and liberal students know how to respectfully discuss.

In the end, Hardin wants the class to be a place where students can appreciate those with opposing viewpoints and who have legitimate arguments that deserve to be heard. The class focuses on the extent to which the government works in relation to the constitutional system.

Government is not the only class at St. John’s that incorporates politics into the classroom. Reverend Ned Mulligan teaches two semester-long electives for upperclassmen that dive into politics and current events.

In Religion and Politics, students become familiar with different religions and examine how faith influences voters.

With a slightly different objective, Justice and Equity uses hypothetical situations to decide how to make the right decision.

Both classes use a textbook, but there is ample time for the discussion of political issues and current events.

“It’s really nice because there is no finite amount of material I need to cover,” Mulligan said, “so I have the liberty of choosing how far in depth we go with each topic.”

The free-flowing form of the classes allows for open discussions, and Mulligan encourages students in both courses to bring in news clips or political topics they wish to highlight.

“The students are well informed about what’s going on in the world, so whatever’s going on politically tends to choose itself,” Mulligan said.

Last month, students watched parts of the Brett Kavanaugh Senate hearing and engaged in conversation about allegations of sexual assault. Other prominent topics examined in the classes have included abortion, gun control and LGBTQ rights.

“I told them I didn’t care about their views. I just wanted them to prove they are better than Congress and come up with something with meaning,” Mulligan said. “They were able to do it even in the context of some pretty conservative students.”

Mulligan appreciates student engagement in class and is impressed by their level of discourse.

“People are interested, people want to participate and people have good things to say,” Mulligan said. “I’m not surprised anymore to see how well they express their opinions.”

International politics come into play in Barbara DiPaolo’s semester-long course Modern Middle East, where students look at the current events in the region and trace back the historical origins, beginning with the formation of Israel in 1948.

DiPaolo begins the course by establishing some vocabulary, maps and prominent leaders she expects the students to know. Once this foundation is set, they narrow in on the current hotspots.

Students in Modern Middle East must be able to effectively voice their opinions in discussion and support their opinions with evidence. During each 80-minute carrier, students thoroughly report on a recent news article and then present it, which drives the discussion amongst their classmates.

Aside from discussions, the class includes lectures from DiPaolo and videos. This semester, students watched the 2012 Best Picture winner Zero Dark Thirty to learn more about the killing of Osama bin Laden.

“A lot of students come in with zero knowledge about what’s going on over there, “ DiPaolo said. “My hope for them is that they leave the class being able to carry on an educated conversation about the things going on in that part of the world.” 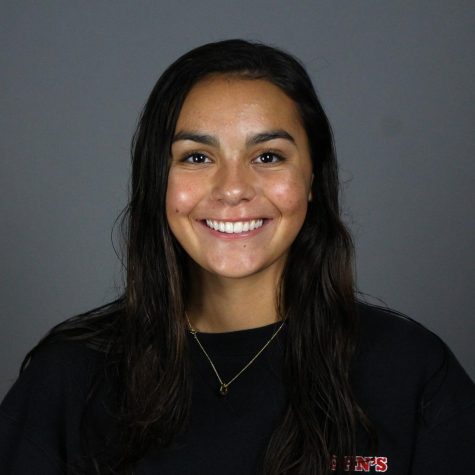 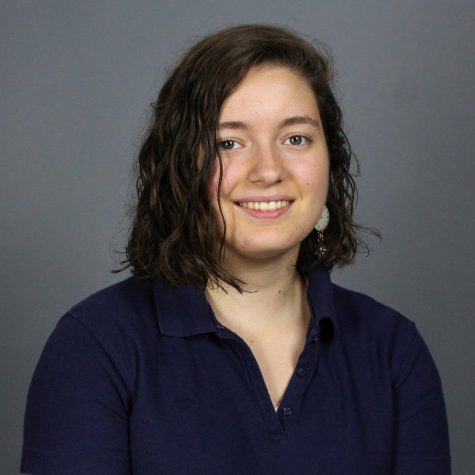