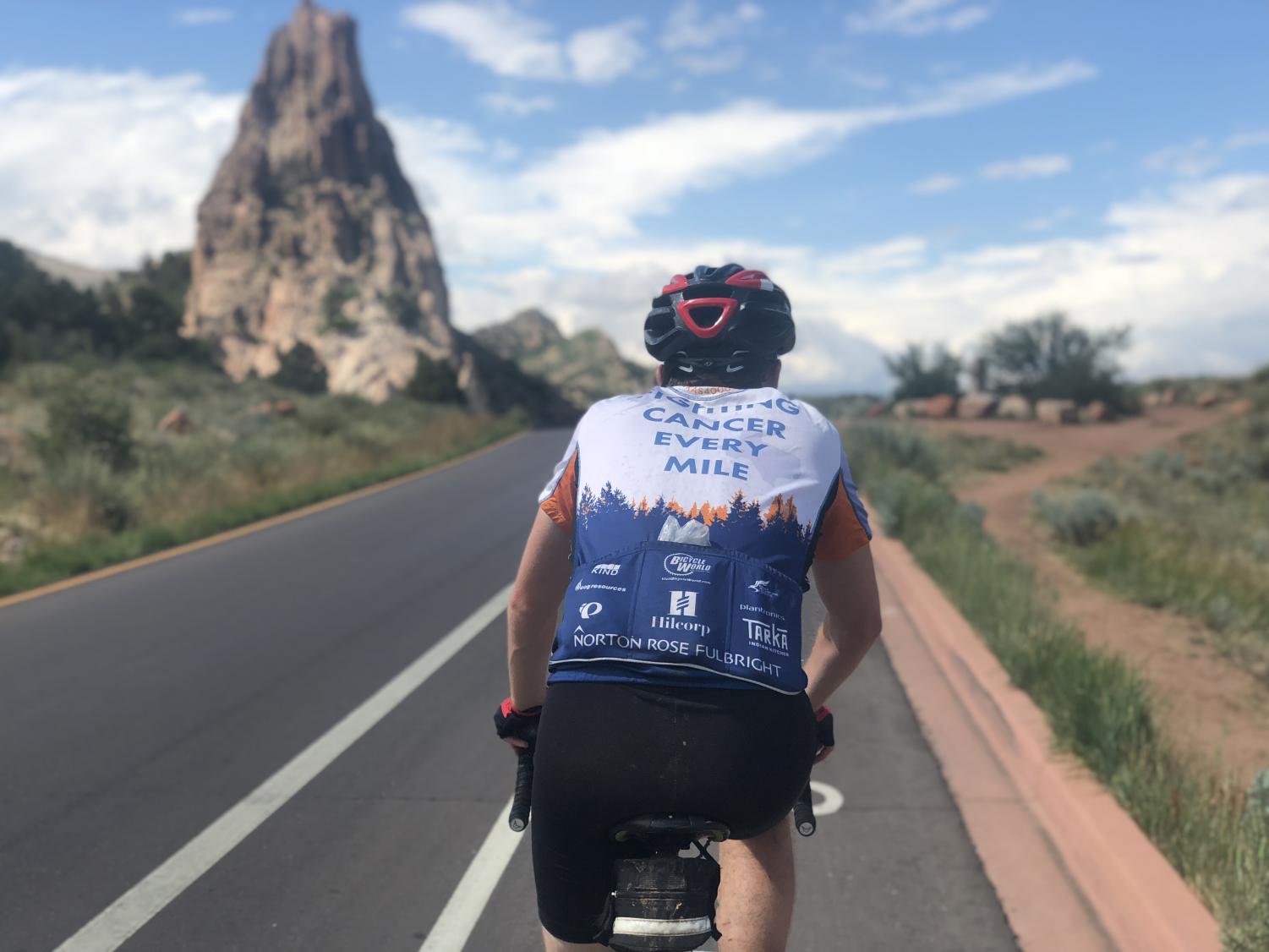 Parker Donaldson (’14) joined two other alumni in the longest annual charity bike ride in the world.

The Texas 4000 is a 70-day bike ride from Austin, Texas to Anchorage, Alaska, the longest annual charity bike ride in the world. The ride raises money and engages communities in the fight against cancer.

“By cycling across two countries and one continent, we’re bringing ourselves 4,500 miles closer to contributing the hope, knowledge and charity required to end cancer, once and for all,” Bomar said.

Used with permission from Parker Donaldson.

The group started planning two years in advance, and training began 18 months before the start of the ride with cardio exercises every Saturday.

Riders received their bikes in the second semester of training. At this point, their Saturday workouts started including rides, supplemented with additional riding during the week.

The 69 riders started together in Austin and split up to travel three different routes: the Sierras, Rockies and Ozarks before regrouping on Day 60 in Whitehorse, Yukon. When the group was in a city for the night, they stayed with hosts in houses, schools, churches or community centers. SJS was a host for the members of the Ozarks route.

Every morning, the riders circled up to remind each other of their mission: to fight cancer. They dedicated each day to a loved one or someone they have met who was battling cancer. According to Donaldson, these morning meetings helped the group reflect on why they were riding.

“The main reason I joined the Texas 4000 was for my grandfather, Marshall Greenberg, who passed away from colon cancer before I was born,” Donaldson said.

Donaldson’s first charity ride was the Camp For All Hilltop Ride in elementary school. In high school, he rode in the MS 150, a two-day bike ride from Houston to Austin, which raises money for multiple sclerosis research.

“I wanted to find a way to continue cycling, ideally with a purpose,” Donaldson said. “That makes it more meaningful.”

Bomar heard about the Texas 4000 at her University of Texas freshman orientation from a counselor who had finished the ride. Bomar immediately knew that she wanted to participate: “My grandmother, who funded my education, passed away from breast cancer after I graduated from high school, and she was a person I thought about throughout the ride, as my bike was named after her.”

I wanted to find a way to continue cycling, ideally with a purpose. That makes it more meaningful.”

Family and friends can sign up to ride with official riders on the first day of the trip.

“Last year my parents rode with me on the first day, and it was a very special experience,” Donaldson said. “My dad introduced me to cycling; it became a very full circle.”

The riders biked through Texas and Oklahoma in the first two weeks. According to Donaldson, these weeks were very physically demanding because of the humidity and the wind, but the weather and scenery improved when the group entered Colorado. Bomar recalled the beauty of the Grand Tetons, Yellowstone National Park, Glacier National Park, Banff and Jasper, but the most important moments of the trip came from hearing their host’s personal experiences with cancer.

“I was having a conversation with a man at a Canadian church, where we were staying for the night, and he was telling me about how his wife was essentially in hospice care,” Bomar said. “He was by her side for 18 months, but he didn’t really know what love truly was before this moment.”

Community Service Director Marci Bahr, who sponsored a rest stop along the alumni’s path, expressed her gratitude for their efforts.

“My husband and I packed up a lunch for the 27 riders and loaded up our dogs and drove to the meeting spot,” Bahr said. “It was a thrill to see these dedicated kids ride in to our picnic spot, and it was great to see two of our alums in this group. My father died of cancer, so their extreme efforts and sacrifices felt very personal to me.”

Although the ride was very strenuous, the riders kept themselves motivated by reminding themselves of their loved ones and other people who struggle with cancer.

“One of the sayings we had on the team was to ‘find your next Alaska,’” Donaldson said. “That can be another place or even another goal, but most importantly, it is a challenge to give back to your community.”

Every rider has a profile on the Texas 4000 website, which contains their biographies, biking statistics and “Why I Ride.” Click to learn more about why Kate Bomar, Parker Donaldson and Carolyn Martin chose to ride.

View Comments (1)
About the Contributors 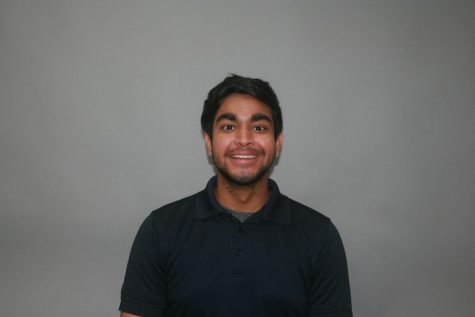 Afraaz Malick is a senior in his fourth year on The Review. He is most notable for winning an hour-long battle with the printer and providing candy. 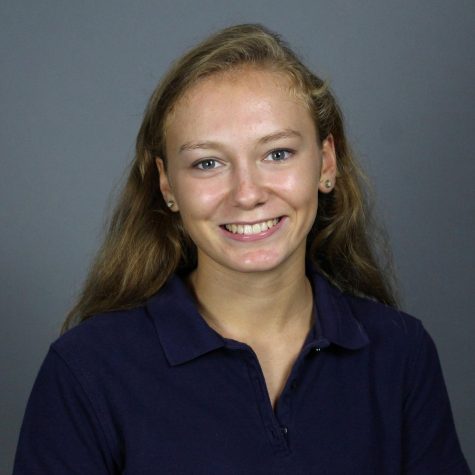 Katina Christensen is a sophomore, and this is her second year on The Review.