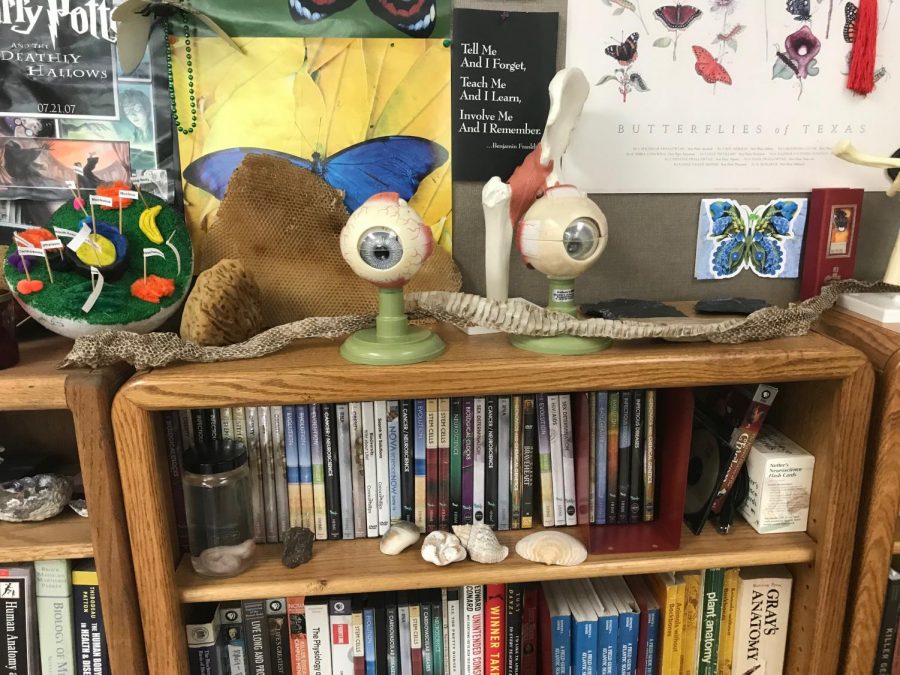 As a biology teacher, Paula Angus’ classroom holds its fair share of peculiarities, both living and dead.

Nestled on a bookshelf between 3D models of the human eye sits a completely intact, six-foot-long rat snake skin. Three years ago, the man who was fixing Angus’ classroom air conditioner at the time found the snake skin on his farm and offered it her.

“It was a nice surprise,” Angus said. “By that time, he had seen me enough to know that I liked things like that.”

The class pet, known affectionately as Darwin, is a bearded dragon with two inches missing off the end of his tail. Although Darwin’s tail has now healed, the pet store sold him at a discounted price due to his injury.

“He was on sale for 60 percent off, and if they didn’t sell him, they were going to return him to their ‘source,’” Angus said. “I was quick to snatch him up.”

Every weekend and during the summer, Angus takes Darwin home with her, where she lets him run around her yard.

“He loves being outside,” Angus said. “I have a little rope that I tether to him so that when he goes into bushes, I can follow the rope and find him.”