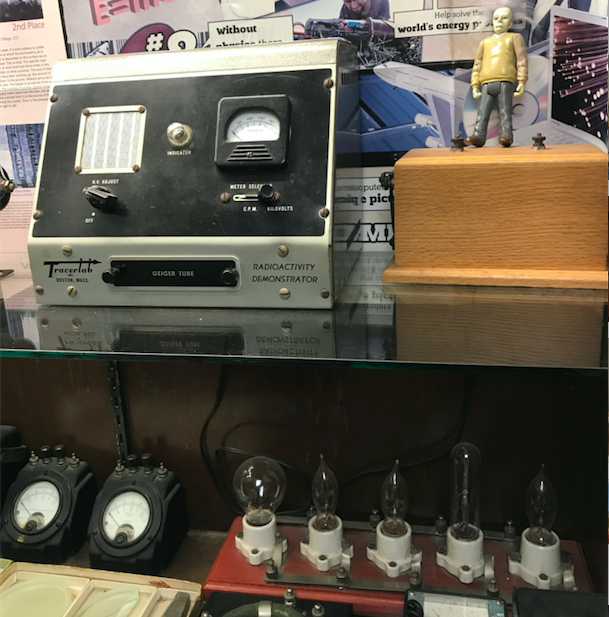 The display case in freshman hallway features several generations’ worth of physics equipment.

Of the hundreds of busy students and teachers that pass the showcases in Freshman Hallway each day, few likely pay mind to the collection of old physics equipment on display.

When physics teacher Nolan Harris came to St. John’s in summer of 2014, he noticed that several generations’ worth of physics equipment were collecting dust in the physics classrooms, crammed into the already limited storage in the room.

“I’m really organized and neat, so that first summer I spent cleaning it out myself, and then Mr. Posa came [in 2015],” Harris said. “Every year, during the summer, we clean the classroom out more and more, so now we have the spaces functional instead of just being used for storage.”

Instead of throwing out the now-obsolete tools, Harris recognized their worth and decided to exhibit them in the hallway outside his classroom. Notable objects include the once suitcase-sized multimeter, a tool used to measure voltage, which is now small enough to hold.

“It’s pretty cool to look at these things and see how they have changed,” Harris said. “It’s a nice memorial to the older equipment we have.”