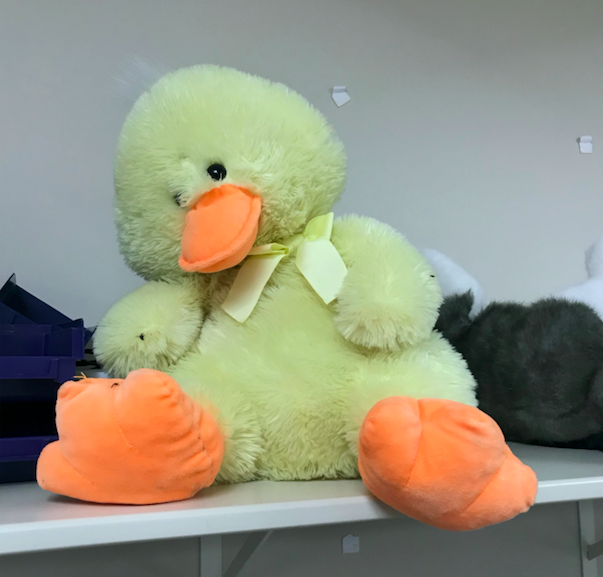 Animatronic stuffed dogs may seem more at home in a horror movie than a classroom, but for students in Physics II (H), making stuffed animals bark, wag their tails or turn their heads is all part of their final project.

Although students were unable to participate in the animatronics assignment this year due to time constraints, most years, students are tasked with constructing automated stuffed animals for their culminating project. After taking the stuffing out of their plush toy of choice, students insert robotic parts and hope for the best.

“When we give the project, people don’t have any idea how to do it,” physics teacher Nolan Harris said. “It’s learn-as-you go. You get some really interesting results.”

Using PVC pipes, speakers and metal skeletons, students work to make their stuffed animal complete a specified task or action. A common design is an animal that laughs whenever someone touches its stomach.

“Through the years, we’ve had many [stuffed animals],” Harris said. “The duck is pretty robust, so he’s been used multiple times. Dogs are pretty popular, too.”

Students frequently pushed the limits of normalcy with their designs.

“We had some a couple years ago that were more on the demented side,” Harris said. “The weirdest one we ever had was one where he’d turn his head and act possessed.”