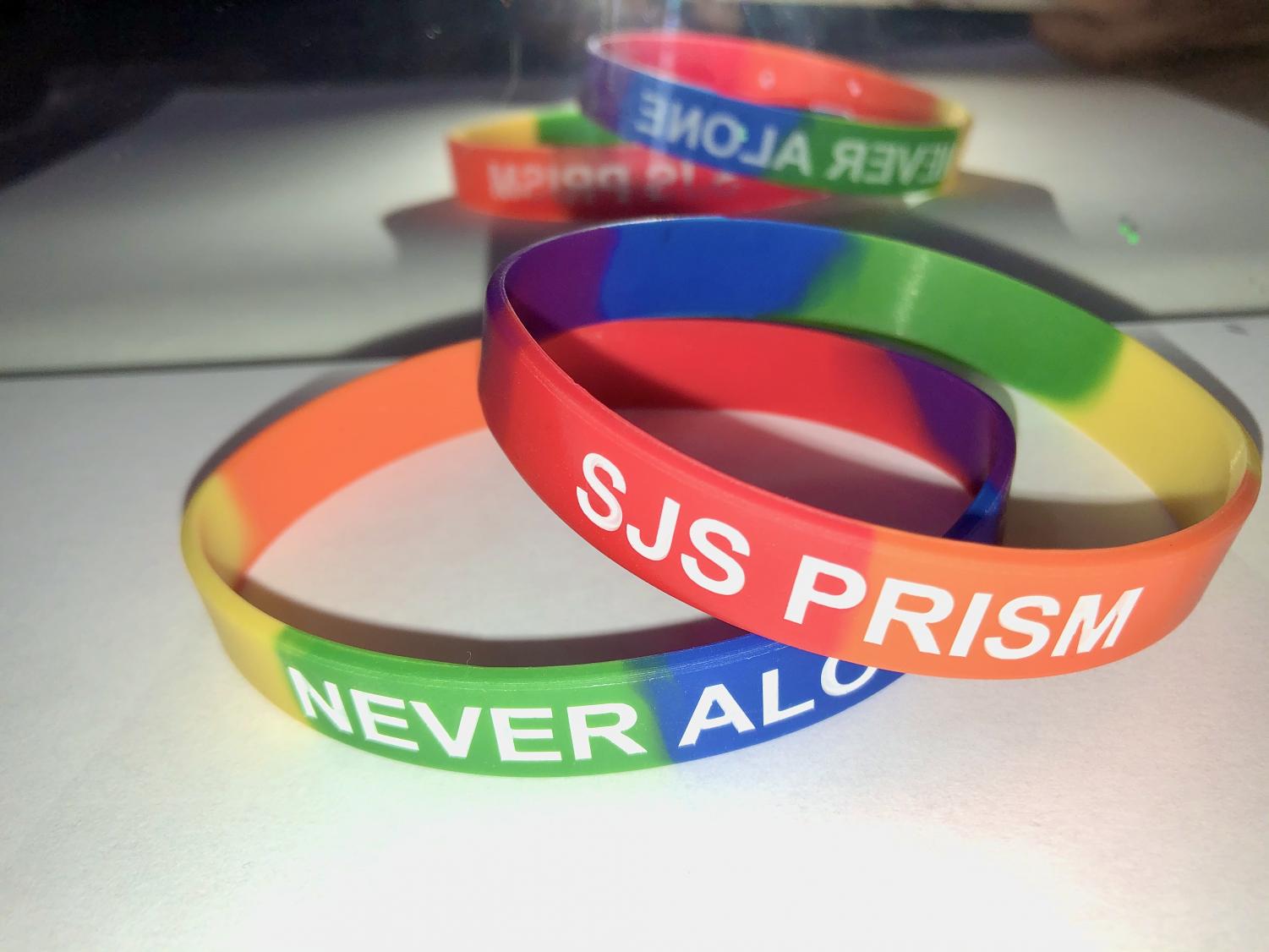 On Dec. 4, PRISM passed out bracelets at their Mini Pride Day celebration.

The first time Sara Rose Caplan (‘11) saw herself in someone else was when she stumbled across the transgender female Youtube personality called ContraPoints.

To prevent herself from changing her mind and repressing her identity, Caplan immediately scheduled visits with a therapist at an LGBTQ+ center and started hormone therapy. About a month later, she came out to her family.

Discovering ContraPoints was only a sliver of the story Caplan shared on Tuesday, Dec. 3 with PRISM, the LGBTQ+ affinity group. After feeling isolated by the lack of openness towards LGBTQ+ identities during her time at SJS, Caplan felt obligated to visit students so that they could see genuine transgender representation from an SJS alumna.

“I graduated high school never having anybody like me,” Caplan said. “I felt that it was something important for me to do now that I’m in a position to do that for other people.”

When Caplan wasn’t fulfilling her duties as Head Prefect and the captain of both the swim team and Quizbowl team in high school, she was using a female identity, Sara, to interact with strangers online. This provided her with an outlet for coping with the lack of LGBTQ+ visibility in her surroundings.

Throughout high school, Caplan never knew about the existence of transgender people—the only trans representation she’d encountered was “a hooker getting murdered on Law and Order.” During her senior year at Harvard, Caplan met many gender non-conforming and trans individuals in the theatre community.

“I was frustrated with them for being brave enough to live a life I wouldn’t even let myself consider,” Caplan said. “I don’t think what I felt was admiration. Envy is the better description.”

Only after high school did Caplan and other closeted students come out as LGBTQ+. Looking back on their experiences, Caplan found that she and other alumni shared feelings of isolation from believing that their true identities would never be something they could communicate to others.

“There’s always going to be a lot of doubt and reasons not to be who you are,” PRISM board member Matthew Yekell (‘20) said. ”But you need to jump the gun or you’re always going to find a reason not to.”

After the forum, Caplan and her girlfriend, Maddie, stayed for hours after school to continue to talk to students.

“I’m so ecstatic to see that PRISM is such a healthy club,” Caplan said. “The fact that there are people showing up, talking, learning and being open about these things is incredible to me.”

PRISM students appreciated the opportunity to see transgender representation on campus and hope to have more events similar to Caplan’s visit in the future. Head Prefect Mark Trautner (‘20) was moved by her willingness to visit a place she was once uncomfortable in for the benefit of queer youth.

“These types of events save lives,” Trautner said. “I’m not assuming that anyone in PRISM has suicidal ideation, but in the queer community we face a lot of serious problems, and that’s why it’s especially important for us to have role models like Sara Rose  come show us how amazing and wonderful life can be as a queer person.”

Many students admire Caplan for her courage to tell her story and are grateful for the hope it gives to other LGBTQ+ students who may be struggling with their gender and sexual identities.

“One of the best parts of my development as a queer person has been my ability to meet other queer adults and know that it gets better because you can see it, not because of blind faith,” Yekell said. “She is who she is, and I think that’s a really powerful thing.” 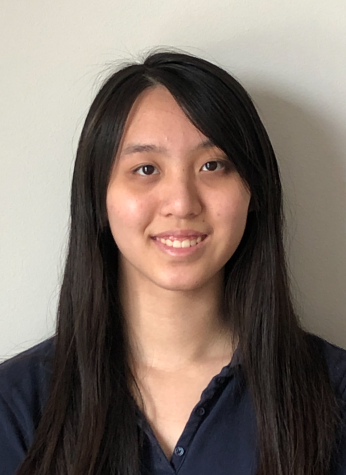 Chloe is a junior in her third year on Review. She enjoys boba tea and analyzing films in her free time. 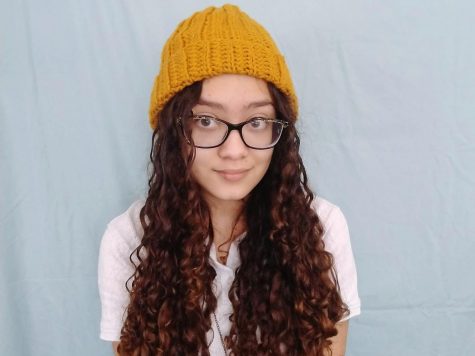 Lydia is a sophomore in her second year on Review. She's a D&D enthusiast and collects pocket watches. 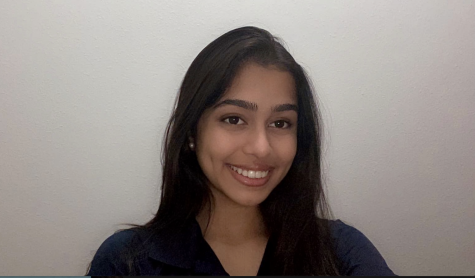