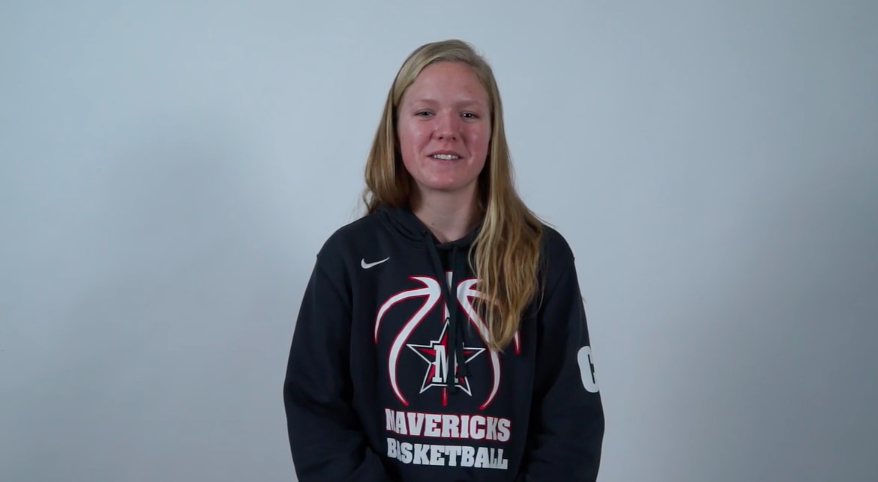 Sophia Lima and Will McKone

This piece was originally printed in the Jan. 16, 2018 issue of the Review.

Alex Lewis has scored a lot of points playing volleyball, basketball and lacrosse. This year, however, she has pulled off the rare hat-trick of captaining each of these sports — as a junior.

Lewis’ passion for sports began when she started playing basketball in third grade, lacrosse in sixth and volleyball in seventh.

Following in the footsteps of her older brother Trey (’16), who was also a basketball captain his junior year, Alexandra admits that it is difficult being a younger captain because her teammates might not always take her seriously as a leader.

“My first instinct is to mess around with my friends and not have to tell them to pay attention, but I have to do it to make us better,” Lewis said. “I have to do it for the good of the team.”

Lewis played club volleyball for Texas Alliance, but she left because she found the time commitment for club play too demanding, and she did not want to play in college. College athletes specialize in one sport and play in a club to get recruited, but Lewis could not bring herself to leave two sports.

“It was difficult to come to the decision because sports are such a big part of my life,” she said. “I am confident in my teammates’ and my own ability in every sport, so I hope to lead the rest of my teammates and help them out.”

According to volleyball teammate Caitlin Ellithorpe, Lewis’ passion for volleyball pushes the team to work harder.

“[Lewis] was very demanding,” Ellithorpe said. “[As] a setter, she touches the ball every play and has a greater responsibility on the team. Her position made her able to demand more from other players.”

Lewis also serves as the mediator between players, coaches and referees for all her teams.

“She is always willing to talk to coaches and refs if she disagrees with a call,” basketball teammate Eliza Holt said.

Lewis’ sports seasons overlap, but her coaches are supportive of the situation by allowing her to miss preseason. Girls’ lacrosse coach Angie Kensinger sees how Lewis’ work ethic and motivation raise her skills to new heights.

“I love that she plays three sports and excels at each one,” Kensinger said. “Playing multiple sports has definitely helped her become the versatile athlete she is.”

Lewis does not allow her hectic schedule and age to affect her spirit as a captain. Kensinger says she takes all her responsibilities and duties happily.

“Alex is always upbeat and ready to work hard, leading by example,” Kensinger said. “She has a great sense of humor and gets along well with teammates and coaches alike. She loves to compete in practice and gets after it every day, making practices more fun in the process.”

The dynamic on each of Lewis’ teams varies greatly. Volleyball and basketball are smaller teams that are composed of mostly underclassmen, allowing them to bond throughout the season. The lacrosse team is much larger and contains many seniors. Despite each team’s differences, the transition from team to team is easy, according to Lewis.

“On each team I get a feel of how the different players respond best to certain things that captains say or do, so I try my best to get used to that team atmosphere. It’s not too hard of a transition from season to season,” Lewis said.

Lewis hopes to captain for all three seasons again next year as a senior.