What a Fool Believes: Wickedness or Weakness-The duality of “DAMN.” 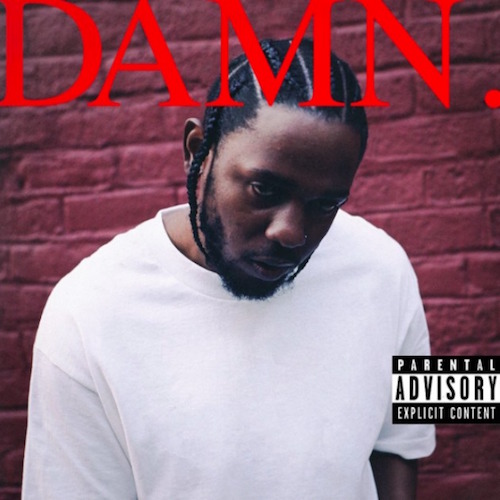 "DAMN." is Kendrick Lamar's third album that was released this April.

“What a Fool Believes” by the Doobie Brothers is senior John Kennedy’s favorite song. It’s also the name of his music column, where he’ll discuss anything from hot-topic albums to hidden gems. Here is Kennedy’s last album review.

While Good Kid, M.A.A.D City was a short film set in Compton, 2004, and To Pimp A Butterfly was a novel about the definition of what it means to be black in America in 2015, DAMN. is an angry, convoluted diatribe from Kendrick Lamar. Bouncing across Lamar’s various roles in the American pop culture landscape — hip hop lyricist, neosoul torch bearer, king of the West Coast and rap poet emeritus — DAMN. is both controlled, yet rebelliously spiraling and marks an unexpected new twist for Lamar’s career.

Lamar’s albums are structured like a spiral staircase. To Pimp A Butterfly is centered around a poem, gradually unfolding more and more stanzas until the entire album is revealed to be a conversation with Tupac Shakur. DAMN. opens with the lines, “Is it wickedness? Is it weakness? You decide / Are we gonna live or die?” While Internet chatter arose about a second album releasing the same weekend, DAMN. already packs a lot to uncover. The songs create an entirely different thematic narrative whether played in usual order from the first track or backwards from the last.

Starting from the first track, “BLOOD.,” the album depicts Kendrick Lamar as a wicked soul after his death: angry (“DNA.”),  destitute (“FEEL.”) and lost (“YAH.”). He then devolves into weakness, sex (“LOVE.”), greed (“LUST.”) and ostentatiousness (“GOD.”). But if we start from the last track, “DUCKWORTH.,” we hear a different story. Lamar crafts an alternative narrative where the same weaknesses and vices lead him to a life of wickedness, falling down a slippery slope that leads to his death on “BLOOD.”

Lamar finds able collaborators to channel the album’s emotion. Atlanta super-producer Mike WiLL Made-It (the successor to Pharrell, Timbaland, Scott Storch and Swizz Beatz that successfully infused hip hop sensibilities into pop) is enlisted on “DNA.,” “HUMBLE.” and “XXX.” “DNA.” and “HUMBLE.” manage to channel Lamar’s fury especially well: the volcanic trunk music asserts that nobody, not nobody can touch Kendrick right now, but the bombastic anthem “DNA.” is followed up with “YAH.” — a cloudy Sounwave production inspired by Frank Ocean’s Blonde. Other highlights include 18-year-old Steve Lacy’s surf-rocky production on “PRIDE.,” Alchemist’s militant stomp on “FEAR.” and 9th Wonder’s soulful chops on “DUCKWORTH.”

Kendrick Lamar is still in the prime of his career, and DAMN. is an excellent mess. Structurally and sonically progressive, it’s a fascinating look into the psyche, hopes and fears of one of the best rappers alive.