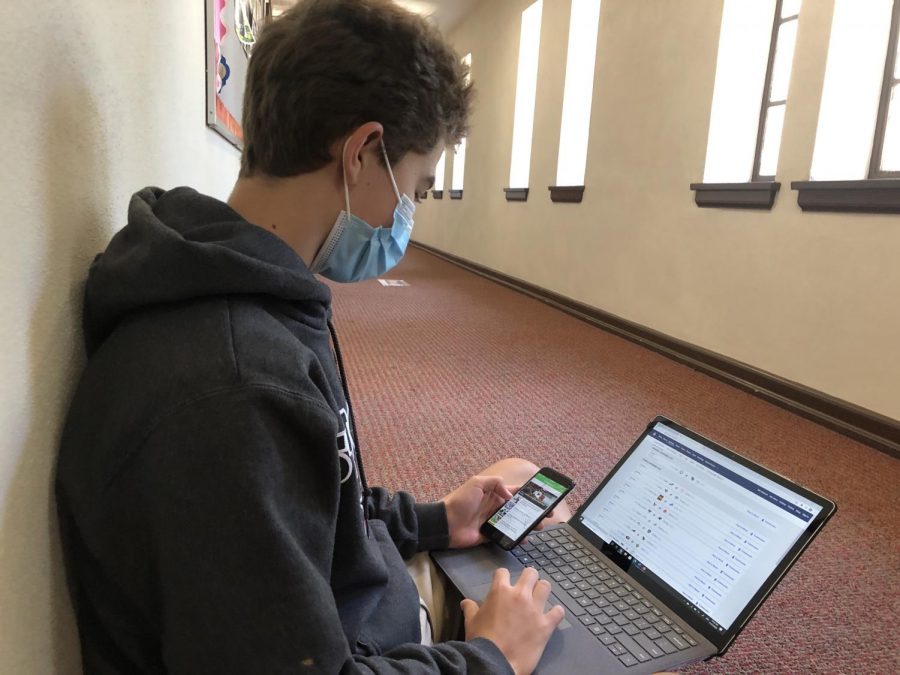 Fantasy football serves as a social outlet for sophomore Rodrigo Amare and freshman John Burnett during the pandemic.

At the end of the football season, sophomore Rodrigo Amare and his friends will gather to watch the loser of their fantasy football league eat ghost pepper wings.

Fantasy football serves as a social outlet for Amare and freshman John Burnett during the pandemic.

“The social aspect is definitely my favorite part of it,” Burnett said. “It adds a sense of competition amongst your friends and gives you something to talk about every time you see people.”

For Amare, competing in the league offers the simulation of a front-office role in a professional franchise.

“It’s kind of like you’re in charge of a team, so there’s that position of power that everyone loves to have,” Amare said.

Seeking an edge on their competitors, both Burnett and Amare spend time combing through fantasy football experts’ videos, podcasts and TikTok accounts to gather as many tips as possible.

Both Amare and Burnett participate in at least three fantasy leagues and harbor concerns that COVID-19’s impact on the National Football League (NFL) would affect their fantasy seasons.

“The coronavirus has hurt fantasy football as a whole because there is kind of a disinterest in sports right now,” Amare said. “Because there is a lot of other stuff going on in the world right now, sports seems to have taken a back seat.”

On the other hand, Burnett believes that the pandemic has made his life much more filled with fantasy football and the NFL in general than previous years.

“I am definitely in more leagues than I would’ve been, and I’ve never really invested as much time researching for my fantasy football teams,” Burnett said. “I watch a lot more NFL games on Sundays now than I usually do.”