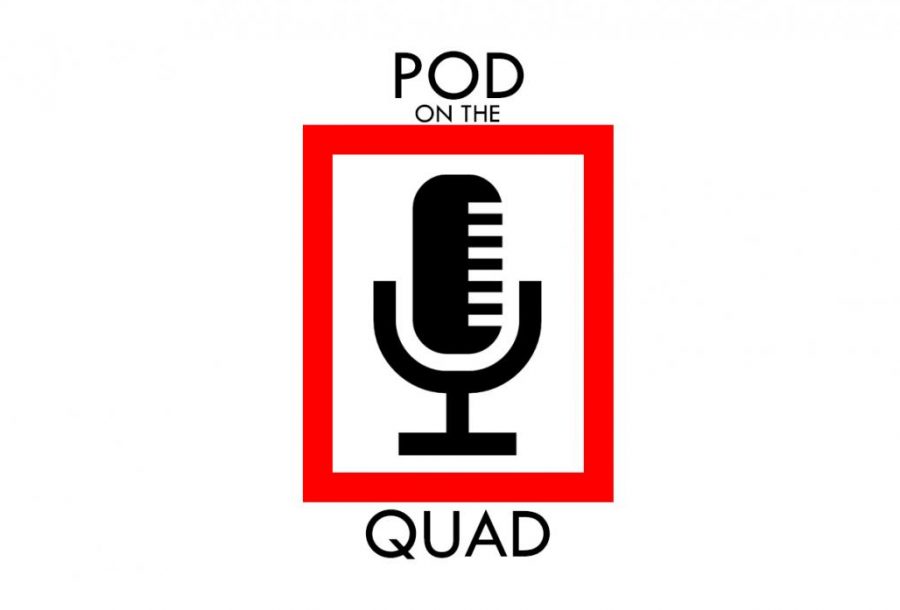 In the first edition of Impact, sophomore Ella West sits down with Vail Kohnert-Yount.

Recorded last fall during cross-country season, this first episode of the new edition of Pod on the Quad features freshmen host Ella West in a discussion with women who run. In the course of the discussion, West talks to the cross country girls, their coach and a MS teacher who runs marathons. Listen to hear about safety while running and increased paranoia in light of the recent murders of women runners.

This piece was originally printed in the Jan. 17, 2019 issue of the Review.

Women who want to exercise soon discover that when it comes to harassment, they can run, but they can’t hide.

Imagine running on a residential street close to your house when an old, damaged car pulls up next to you and slows down, matching your pace. You speed up. It stays right beside you. You are fairly certain the car is following you, but just to make sure, you sneak a glance. You turn around and start speed-walking in the opposite direction. The car reverses beside you. You begin to panic. You spot a woman, her daughter and their large dog down the block, and you sprint towards them. The woman forms a huddle with you, her child and the dog as the car speeds off in the opposite direction. You never go for a run at night again.

While this may sound overly dramatic, this situation happened to Review Editor-in-Chief Sophie Caldwell during her freshman year. She now exercises indoors.

Fifty-eight percent of females are harassed while running, but the issue goes much further: Women are also being assaulted, kidnapped and murdered while running.

In 2016, within one week, both Karina Vetrano and Vanessa Marcotte were found murdered after going out for a run, and their bodies showed signs of sexual assault.

One week after getting engaged in September 2018, Wendy Martinez of Washington, D.C., was stabbed while running and died from her injuries.

But the story that truly captured the nation’s attention was in August, when University of Iowa student Mollie Tibbetts went missing after going on a run. She was found dead in Brooklyn, Iowa, almost a month later.

All of these women were murdered by strangers, all of whom were men.

In Alvin, a 30-minute drive from Houston, a 15-year-old girl was out running in December when a man got out of his truck and tried to force her into it. The girl managed to fight him off but was left shaken. For athletes, such as freshman cross-country runner Chloe Zhao, the pervasiveness of such experiences instills a sense of anxiety.

“I have a fear of running alone, particularly in the dark, because I am a little slower and at times fall behind the rest of the team, and then I am just a girl running alone,” Zhao said. “You realize that what happened to the girls you see on the news could very well happen to you.”

Zhao is not the only runner who avoids running in the dark — 60 percent of women limit themselves to running during daylight hours in order to avoid being a victim of harassment.

According to CNN, 30 percent of women have been followed while out for a run, and 18 percent have been sexually propositioned. Harassment education typically focuses on teaching women how to stay safe, yet 94 percent of the perpetrators are men.

“Trying to change the culture around gender and consent is where society needs to start [in order] to stop the harassment against women runners,” said Eleanor Cannon, faculty sponsor of both Women Helping Empower Each Other and Women’s Organization for Knowledgeable Engagement. “Those are conversations we should be having as human beings and as a school and a community. You don’t harass people. You don’t attack people. You don’t scare people. That would be key.”

Since the murder of Tibbetts, many victim advocates have been calling for societal change and education for men. They also oppose the singular focus of telling women they need to protect themselves from aggression.

“It’s hard balancing taking care of your safety while also being angry about having to do so because the system tells us that we, as women, need to be more careful,” Cannon said.

Since the harassment of women is still a societal issue, there are several ways women can increase their safety. According to cross-country coach Rachel Fabre, one of the most important is to run with a phone. Seventy-three percent of women take a phone while running.

Experienced runners also recommend not wearing headphones since it prohibits people from being fully aware of their surroundings.

Until women can be assured of their safety, they cannot experience the true freedom that running is intended to provide.